Small popular cars are now also equipped with active safety technology, which was only available in luxury cars before.

The three-point seat belt can be considered the starting feature for today's safety technology. The three-point belt was invented over 60 years ago by Swedish engineer Nils Bohlin.

In the following years, when companies began to think about how to prevent accidents from happening, or if so, minimize the impact, that's when active safety technologies were born.

In essence, active safety technologies cannot completely prevent a collision, but help the driver to recognize in advance, give early warning, and even partially intervene to reduce or completely eliminate a collision. However, most of these technologies were previously only prioritized for luxury cars due to high costs.

Later, the ambition of a smart, safe car made the engineers want the car more technology. The concept of a driverless changeover helps engineers devise technologies to assist with steering and reduce the risks of traveling.

Then there were sensors, reversing cameras and today there are a bunch of other technologies, culminating in technologies that use cameras and radar to read situations. Featured is the warning and lane keeping assist, the car will not move out of the running lane when the driver is distracted, the steering wheel will automatically return to the old lane. 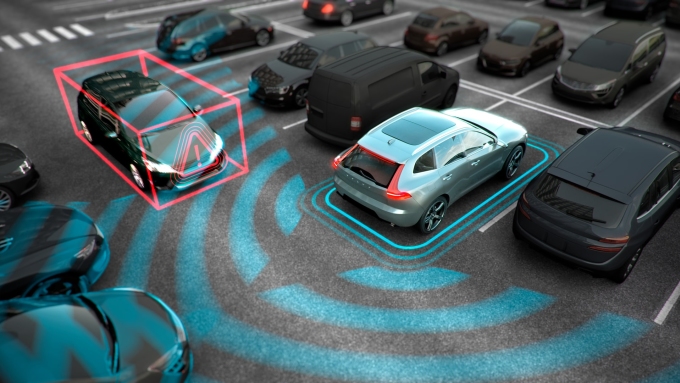 Forward collision warning, rear cross-traffic alert are the next group in advanced safety technologies. These warning groups, depending on the model, may include emergency braking when the driver is not paying attention. In addition, to make driving easier, some automakers are equipped with automatic adaptive throttle, controlling the accelerator on many speed ranges, the car will follow the car in front and always keep a safe distance.

In Vietnam, these features appeared on luxury car models from 2005-2010. However, due to factors such as users' increased concern about safety, competition among manufacturers, and a decrease in initial investment costs, popular models have gradually been updated with these features.

For example, with A and B size cars on the market today, cruise control (automatic throttle) is increasingly popular. Blind spot warning, pre-collision warning, lane departure warning are no longer strange to models priced at about 700 million VND. These feature packages gradually become standard for models from 1.2-1.5 billion VND.

However, according to experts, no matter how smart the technology in cars is, people are still the control center. In fact, manufacturers, despite fierce competition, applying many new safety technologies, never ignore the initiative of the driver. Fully autonomous vehicles are the destination of the future, but companies need more time to make cars smarter, transport infrastructure more complete and synchronous. So even though the car has a lot of technology, the driver must always focus on the steering wheel to be ready to handle emergency situations.