Advertisers are looking to withdraw from Facebook while the business model and reputation of the social network are also severely affected.

Analysts say that, for the first time in history, Meta - Facebook's parent company - can record zero growth in the second quarter of 2022. "If I had to bet, I would say this is one of the worst recessions we've ever seen in history," CEO Mark Zuckerberg told employees in an internal meeting transcript obtained by Reuters . July.

Many other companies in the field of digital advertising such as Google, Twitter, Snapchat ... are also facing the problem of slow growth, but things at Meta are worse. In the past, as long as Facebook could sell ads, they could overcome most of the problems. But now, many advertisers are willing to not only withdraw from Facebook, but also consider allocating their spending to other Meta platforms. 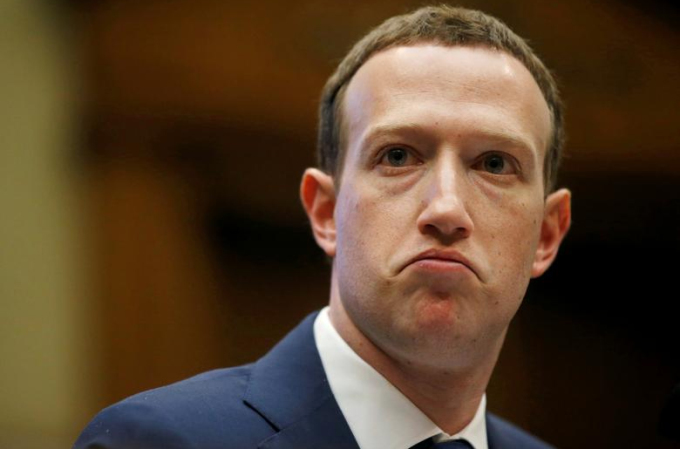 CEO Meta Mark Zuckerberg during a hearing in Washington in 2018. Photo: Reuters

The CEO of an advertising agency said that many business partners are announcing adjustments, cutting advertising costs in the second half of the year. In the past, no matter what, Facebook was always the first priority platform, but now they are no longer attractive in the eyes of customers.

Matthew Bailey, an expert at research firm Omdia, forecasts that this year, Meta will grow only 16%, much lower than 37% last year. "We think that for the first time in history, Meta's share of ad revenue will decline," Bailey said.

In response to the above comments, a spokesperson for Meta said: "We will focus on implementing our long-term plans. We believe the platform we provide businesses with is the best way to connect. everyone".

Facebook's business model started to take a hit following Apple's privacy changes. Specifically, from the end of April 2021, Apple implemented the App Tracking Transparency (ATT) tool, forcing applications that want to save and use location, contacts, microphone ... all must have the consent of the owner. device ownership. Apple even allows viewing data access history on iOS, which can check which iOS apps are tracking users.

This change makes it impossible for advertisers to accurately target and measure the effectiveness of campaigns on apps, especially Facebook. Google said it is planning to build a privacy update for Android apps, similar to Apple's ATT. At that time, Facebook's advertising market share will continue to be seriously threatened. In contrast, Google with its search-based advertising model is almost immune to Apple's update.

Besides, the reputational damage from the 2020 boycott wave is still a stain on Facebook, prompting big advertisers to consider pouring money into less scandalous platforms.

Lou Paskalis, former Chief Communications Officer for Bank of America and now President of the American Marketing and Technology Trade Association (MMA), rates social media channels like Twitter, Pinterest, and Snap higher than Meta. "Advertising clients will be more careful when investing in Meta because it's too risky. The reputation of the platform is an important part when deciding where to put money," he said.

Many high-ranking and prestigious personnel in the community such as Chief Operating Officer Sheryl Sandberg or managers David Fisher and Carolyn Everson leaving Meta also caused the company's reputation to decline.

To entice advertising, Meta continuously comes up with long-term plans, betting on the metaverse trend. However, according to Business Insider , this further pushes the company's customers to rival platforms like TikTok. Carly Carson, a representative of PMG, said their clients are planning to increase spending on TikTok, Twitter and Reddit.

However, small businesses still need Facebook. Despite dismal revenue reports, Facebook is still the second largest advertising platform in the world, behind only Google. While large advertising agencies diversify their spending, limiting dependence on Meta, small and medium-sized companies see this as an opportunity to market to more users.

Luke Jonas, Chief Commercial Officer at advertising agency Nest Commerce, said that the amount of advertising on Meta is decreasing and they will take advantage of this. "This is an opportunity for brands to look at numbers instead of economic sentiment," Jonas said.

According to Ron Jacobson, CEO of Rockerbox, a marketing attribution platform with around 150 brands, this year's share of customer Meta spend increased from 29.9% in the first quarter to 31.7% in the quarter. Monday. However, this figure is still lower than the same period last year (38.6%).

Meta said it is looking to rebuild the advertising infrastructure after Apple's changes. However, experts say that it will take many more years for the platform to regain its position.

"We recommend that advertisers think about and spend some time assessing some of the potential risks to Meta over the long term," said Needham analyst Martin.