Europol busts the spread of popular FluBot malware on Android

On June 1, the European Police Agency (Europol) announced that it had cooperated with authorities in more than 11 countries to successfully crack down on the spread of FluBot malware that is popular on Android devices.
Since 2020, the malware is believed to have infected at least 60,000 devices, with the majority of victims in the European region. Last year, the authorities conducted several raids in Barcelona to find the group of hackers behind this malicious code, but to no avail.

FluBot continued to spread to other countries such as Finland, Germany, United Kingdom, and Japan.

In a press release, Europol said that this malicious code distribution system was dismantled in May with the efforts of the Dutch police, in coordination with the authorities of many European countries, Australia. and America.

Dutch police say they disconnected about 10,000 devices from the FluBot network during this operation. Europol is continuing to investigate and clarify the subjects behind. 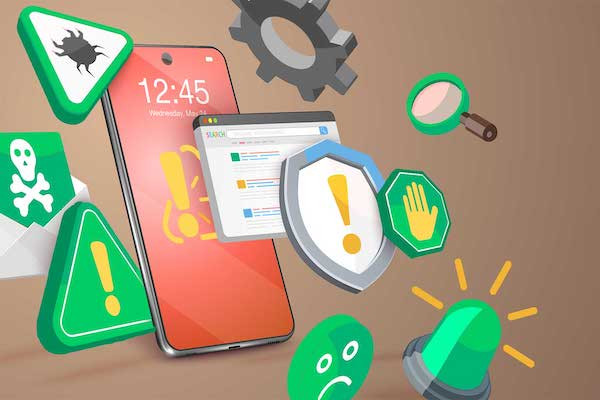 FluBot is malicious code used to impersonate legitimate applications on users' phones to steal bank account or credit card information. Security firm ThreatFabric said last year that FluBots are capable of spreading via mobile messages, because they are "equipped with a clever mechanism that allows hackers to collect address book addresses on the control server".

This malicious code is usually installed via text message, asking the victim to click on a link or install related applications.

“FluBot has the ability to spread quickly with the ability to access the contacts of the victim's phone. The message containing the link to this malicious code is then sent to the above phone numbers," quoted Europol's notice.

"The FluBot distribution infrastructure is already under the control of law enforcement, the wave of destruction caused by this malicious code has been stopped," Europol said.