Google started applying AI and machine learning to produce AI chips in 6 hours, instead of months as it is now.

"The ability of AI to produce chips can be equal to or superior to humans, but much faster," Google said. "The work that humans have to do for months, AI does in less than 6 hours." 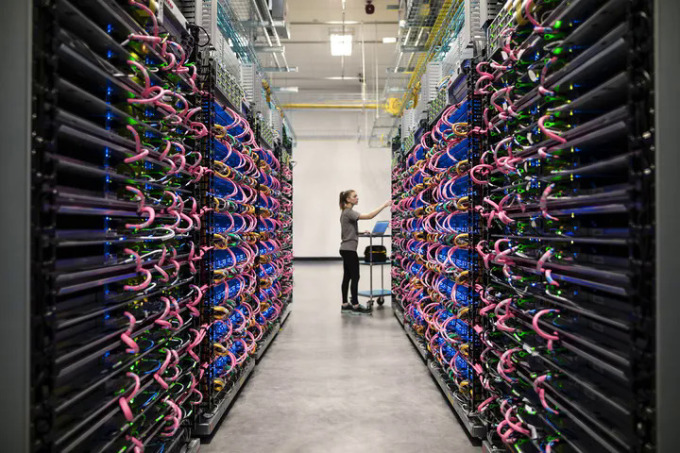 The TPU chip is used by Google for its cloud service system and used internally for AI research. Photo: Google .

According to a report published in the journal Nature by two Google experts, Azalia Mirhoseini and Anna Goldie, Google applied AI for chip production for the first time on TPU (Tensor Processing Unit) - specialized AI chips for data centers. data, optimized for AI computing. "The new chip manufacturing method has been used for Google's next-generation TPU," the report reads.

Google engineers note that the new advancement has "major implications" for the chip industry. In particular, this technology allows companies to faster explore the possible architectural space for upcoming designs and easily customize chips, resulting in faster manufacturing processes.

Experts appreciate Google's research and consider it a "major achievement" of the semiconductor industry. Besides, it also prevents the end of Moore's Law - an axiom of chip design from the 1970s that states that the number of transistors on a chip doubles every two years. According to an editorial in Nature , AI won't necessarily solve the physical challenges of squeezing as many transistors into a chip as possible, but it could help find other avenues to boost chip performance. with the same speed and size.

The specific task that Google's AI algorithm solves is called "Floorplanning". Typically, designers will use computers to figure out the optimal layout on the silicon die for the chip's subsystems, including the CPU, GPU, and memory core. They are connected to each other using tens of kilometers of microscopic wires. Deciding where to place each component on the die will affect the final speed and efficiency of the chip. Given the scale of chip production and compute cycles, changes at the nanometer level will have huge impacts.

According to Google engineers, the previous floorplanning design optimization often required "many months" and "high effort" of humans. However, if AI and machine learning are applied, the stages will be "like a game".

AI has proven to be equally capable of humans, even excelling in some games such as chess, Go... According to Google engineers, instead of a game, a silicon wafer can be used for WHO. The pieces in the game can be replaced with components such as CPU, GPU, then the task for the AI ​​is to "find the victory condition" of each of those elements. "In chess, pieces are the opponents, but in chip design it's computational efficiency," explains the research team.

To teach the AI, Google engineers fed 10,000 different quality Floorplanning diagrams, some randomly generated. The algorithm then analyzes the quality of the diagrams, picks the biggest advantages, and creates its own design.

This is not the first time AI has been applied to research and manufacturing chips. Previously, Google also used AI to explore chip architecture. Google rivals like Nvidia are looking at ways to use AI to speed up chip processing.

However, most of the previous studies were still at the laboratory scale. With the introduction of new research for commercial use, experts say that Google has begun to fire the first shot in bringing AI into the semiconductor manufacturing field.