KOREA The concept is like a beast with a capacity of 576 hp, which is more powerful than the 573 hp of the Porsche 911 Turbo.

The RN22e also marks the first time Hyundai has used the new E-GMP (Electric-Global Modular Platform) platform for a concept project after it has been applied to commercial products such as Ioniq 5, Ioniq 6, Kia EV6 and Genesis GV60. 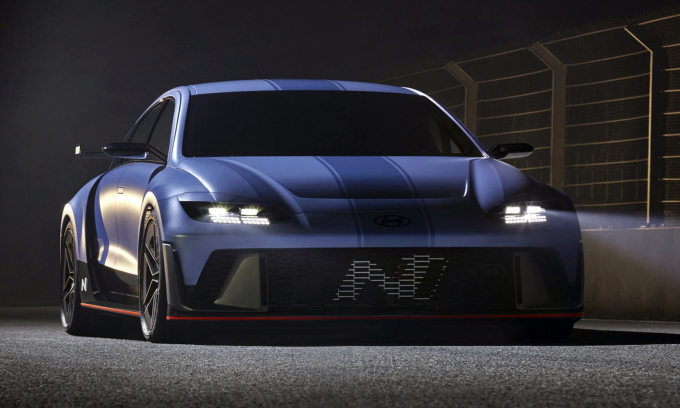 The RN22e embodies the high-performance N version of the new line of electric vehicles. Photo: Hyundai

The driver can choose how to distribute torque between the two axles. The battery will be charged 10-20% in less than 18 minutes.

With the RN22e, Hyundai hopes to build its brand as a manufacturer of high-performance cars in the transition to electric vehicles. The company's N-series was originally comprised of high-performance models, or sportier versions of mass-produced models, such as the Veloster N or the Elantra N. 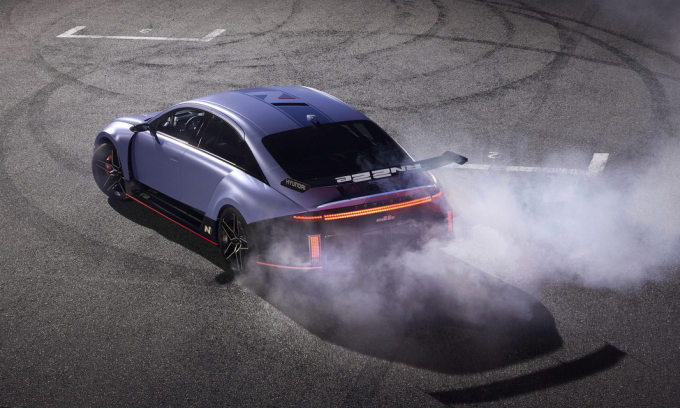 Hyundai uses 3D-printed components to reduce the weight of the concept, in addition to an exterior package that increases performance on the track. Highlights include the large square grille, vents on the bonnet, wide bumper with air vents, rear diffuser and large spoiler.

Hyundai said it will continue to test the RN22e and evaluate new technology, so future production N models can be equipped with these advanced technologies. That means, RN22e does not have much chance of becoming a production version, but the technology will be applied to popular products of the Korean automaker.