The minus points on Macbook Air M2

MacBook Air M2 attracts attention when it has a completely new design, but there are many disappointing points such as fewer ports, reduced performance...

The fourth generation of the MacBook Air line was announced by Apple at the WWDC event in early June with a design inspired by the 14- and 16-inch MacBook Pro lines. The product is already available in Vietnam by hand, and the genuine machine will start selling from August 5, priced from VND 33 million.

From design to accessories, Apple wants to turn MacBook Air into a thin and light premium laptop option, instead of just the cheapest line in the MacBook ecosystem as before. However, actual experience shows that the product has some disappointing points. 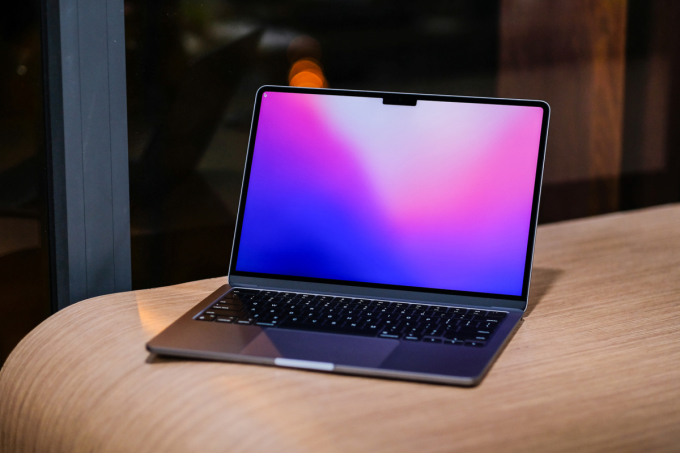 Macbook Air M2 has a new design that inherits a lot from the Macbook Pro 2021 line. Photo: Tuan Hung

Do not output images to multiple monitors

MacBook Air 2022 does not yet allow exporting images to multiple screens. Similar to the MacBook Air 2021 using the M1 chip, the machine only supports one screen with 6K resolution.

Despite using the latest M2 chip, Air 2022 is inferior to the two Pro series models launched last year using the M1 Pro and M1 Max chips that can output images from 2 to 4 screens. Some Windows laptops in the same price range as Dell XPS 13, HP Specter x360 also have this feature.

Macbook Air is not equipped with a cooling fan like the Pro series. Therefore, even though the M2 is equipped with high performance, it is difficult for users to take full advantage of this chip's power.

In the case of multitasking with many applications or heavy tasks, the machine will automatically reduce performance so that the M2 does not overheat. Even, according to The Verge, the performance of the Air M2 drops by 25% when used for a long time.

Apple only equips a 256 GB SSD memory chip for the Air 2022 instead of two 128 GB NAND chips like the old version. In theory, two SSD memory chips running in parallel will give a much faster speed than having only one hard drive.

The company explains that the performance of the M2 will help the new Macbook Air operate faster than the old generation even with only NAND memory chips. Besides, the 512 GB SSD version is not affected by the use of memory chips with higher write speeds.

The cheapest version of the Macbook Air 2022 is sold with a 30 W charger, while the more expensive versions use a 35 W charger with two USB C ports. However, the capacity of these chargers is still low compared to the competition. To take advantage of the fast charging capabilities of the Air 2022, users will have to spend an additional $ 59 to buy a 67 W charger or upgrade from the beginning with the store for $ 20.

Macbook Air 2022 has been equipped with MagSafe charger like the two "elder" Pro series launched last year. However, the product still only has two USB C ports and are arranged on the left side of the machine. To use more connections, users are forced to buy a USB-C hub.

More expensive than the previous generation

The MacBook Air 2022 starts at $1,199, $200 more than the old generation. The $1,499 version is equipped with a more powerful CPU and larger internal memory, but still only has 8 GB of RAM, which is not suitable for multitasking. In Vietnam, the MacBook Air M2 is about 10 million more expensive than the old version.

MacBook Air focuses more on design instead of upgrading performance, so the sharp increase in product price is considered a minus point. Besides, the black version suffers from fingerprints, which is unsightly.