The reason why the cryptocurrency market fluctuates

One of the reasons the cryptocurrency market has plummeted in value in recent days is said to be related to the Celsius platform being stopped withdrawing.

Celsius Network is one of the world's largest crypto lending and borrowing platforms where users can send and receive interest in cryptocurrencies. On June 13, the platform caused a stir when it said on Medium that it would not accept requests for transfers or withdrawals for an indefinite period. The decision was made to "stabilize liquidity", while taking steps "to preserve and protect assets". 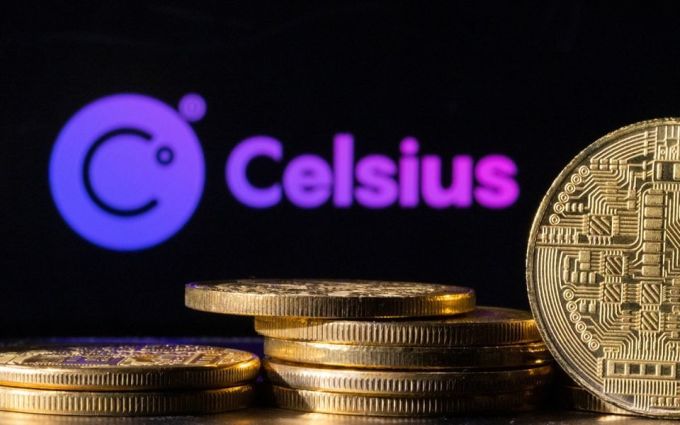 Celsius's announcement means that users who have deposited funds into the platform for interest will not be able to withdraw. The company says it currently has 1.7 million users and holds about $8 billion in deposits. The whole thing has been frozen, it is not clear when it will be unlocked again.

According to Fortunes , the Celsius problem is one of the reasons why the Bitcoin price has dropped to its lowest level since December 2020, to less than $22,000 per coin. Other cryptocurrencies also plummeted with 10-50% declines. Celsius's CEL token is down more than 50% from before and is only $0.18 per coin. The cryptocurrency's capitalization is now $76 million, much lower than it was a year ago, when the token hit $8 each and the market cap was $3.4 billion.

Before June 13, the Celsius representative admitted that they found it difficult when the number of customers withdrawing money was strong but could not do anything. After the announcement was made, the company sought to reassure users on Twitter by making a commitment to reopen trading soon, but "there will be delays".

Celsius offers high returns for crypto depositors to the platform. Before being stopped, the deposit interest rate in the system was 18.6%, many times higher than that of traditional banks. Even, interest rates sometimes increase up to 30%. Many experts have warned that this will cause Celsius problems soon due to the lack of collateral.

“Such decisions are not new in the traditional financial markets, but it certainly affects platform users like Celsius,” Kurbanova told CoinDesk . “The decision was made as the volatile crypto market triggered a series of liquidations on lending platforms, causing market volatility and investors losing money.”

According to her, users may have an accepting mentality when encountering risks in the cryptocurrency market such as being liquidated, or decentralized platforms being hacked. However, a platform that unexpectedly locks transactions also means that user assets are "freeze indefinitely". They won't know when they will be able to get their money back.

Vadym Synegin, Vice President of the WeWay ecosystem project, said that Celsius's announcement seems to "hit" users in the context of the unstable cryptocurrency market. “Celsius unexpectedly freezes transactions, leading to unprecedented panic,” Synegin commented on CoinDesk . “The crypto ecosystem usually does not respond well to such events, unless it is managed appropriately.”

Celsius' inability to meet its financial obligations following the June 13 announcement is a blow to the psyche of those wanting to deposit crypto assets. According to Fortune , this could have a big impact on the lending and borrowing market in the coming time. After the collapse of the interest savings model of Luna and UST, the Celsius case could continue to erode consumer confidence.

The Celsius crash has impacted a bunch of other platforms, including Ethereum (ETH). According to CoinMarketCap data , the world's second-largest cryptocurrency by market capitalization has dropped more than 12% in the past 24 hours to $1,140 per coin, its lowest level in more than a year.

The decline in ETH is related to stETH - a mapping of ETH issued by the company Lido Finance. The platform allows users to deposit savings in ETH, but converted into stETH. These two tokens are essentially the same price and are referenced (peg) to each other.

As of June 13, however, the stETH/ETH pair has been de-peg - the term for a token that no longer holds a previously fixed rate on another currency or reference token. On the same day, ETH price fell to $1,363 per coin, while stETH was trading at $1,294, 5% below the closing price.

BeinCrypto identified Celsius as the cause of the problem, as the lending platform currently holds a large amount of stETH. “If Celsius continues to liquidate its stETH holdings, stETH could fall further from the Ethereum peg, exacerbating already raised concerns,” the site commented.

According to the FT , a lot of people flock to platforms that support savings like Lido or loans like Celsius, Nexo because they often have a high interest rate of 10-15%. Last year, Celsius said more than a million customers used the program. However, they are often not subject to the same regulations as banks. Experts recommend that this currency is not protected by legal authorities, so users can lose everything if there is a problem or dispute.

Cryptocurrency lending platforms are also high risk. The majority of DeFi projects are currently assessed as vulnerable to attacks, design flaws, or operational disputes. Some DeFi companies are not transparent enough about what they are doing with customer funds, so they can be misinvested.

In addition to the Celsius problem, the plunge in the cryptocurrency market was also caused by a host of other negative news. Binance - the world's largest cryptocurrency exchange - stopped withdrawing Bitcoin on the evening of June 13. The company announced that this was a technical problem and was expected to be fixed after 30 minutes, but it was not until late the same day that it gradually resumed operations.

Before that, information about rising inflation, or a series of famous blockchain companies laying off employees also prompted the "escape" from the cryptocurrency market.

Leah Wald, co-founder and CEO of asset management firm Valkyrie Investments, said incidents like Celsius halting withdrawals, or the previous collapse of Luna and UST tend to trigger fear, creating fear. lack of confidence in the market. Still, she said, "it's not surprising that cryptocurrencies are following exactly the path that dot-com-era tech stocks have taken."