What Bitcoin Means for the Environment When Price Drops

Bitcoin price falling below 24,000 USD is considered good news for the global environment as many people will stop or reduce cryptocurrency mining.

Yesterday, the Bitcoin price dropped below $24,000, half of what it was in March and the lowest level in about 1.5 years. According to The Verge , although this cryptocurrency has continuously decreased in value over the past few months, the good news is that it also reduces its impact on the environment.

Last year, when the Bitcoin price spiked and peaked at $69,000 in November, the annual electricity consumption of the network of "miners" was estimated at 180-200 terawatt-hours (TWh). This is also the equivalent consumption of all data centers in the world every year.

High prices give crypto miners an incentive for greater rewards. “As long as the price is above $25,200, the Bitcoin network can sustain mining using around 180 TWh per year,” stated digital currency economist Alex de Vries.

However, a price below the $25,200 threshold will cause miners to pause or reduce mining because they don't want to risk spending more money on electricity bills than they earn. 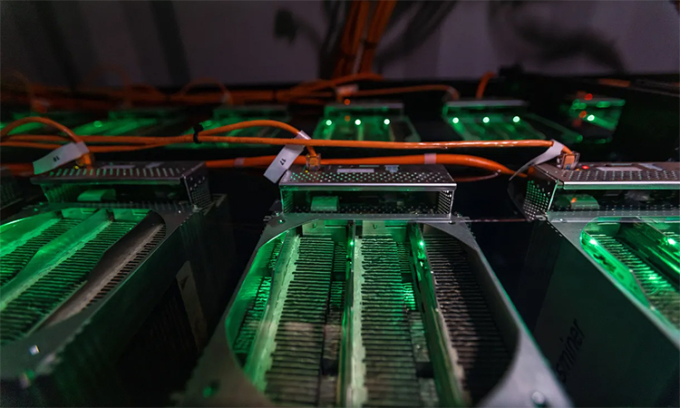 "It's still too early to make concrete predictions about whether Bitcoin's price drop will ultimately benefit the environment. If this is just a one-day drop, not much will change." , said Alex de Vries. “On the other hand, if the price cannot recover quickly, miners will face a difficult decision ahead.”

Research shows that if Bitcoin stays at $24,000, the global electricity consumption for cryptocurrency mining will drop to 170 Twh annually. The difference compared to when the price was at the peak of 69,000 USD is equivalent to the amount of electricity the whole of Ireland uses annually.

According to The Verge , cryptocurrency mining is inherently not energy efficient. Mining computer systems verify transactions by racing to solve increasingly complex math problems and in return receive new crypto "resources" as rewards. This is also why many are concerned about the greenhouse gas emissions generated by cryptocurrencies.

Bitcoin is currently the largest cryptocurrency by market capitalization. Its fluctuations greatly affect the global environment. "The lower prices will lead to less electricity consumption and, as a result, lower emissions," says Alex de Vries.