Facebook, Google, Apple, Amazon... could be targeted by the proposed tax on profit and revenue that the OECD is considering.

The Organization for Economic Co-operation and Development (OECD) is considering a US proposal to set an international rule for how to tax global companies with annual revenues in excess of $10 billion or billion. profit margin above 15% or 20%.

The US proposal does not name any companies, but those that would fall into this category certainly include the GAFA group, i.e. Google, Amazon, Facebook and Apple. In total, if this framework is applied, about 100 global companies are affected. 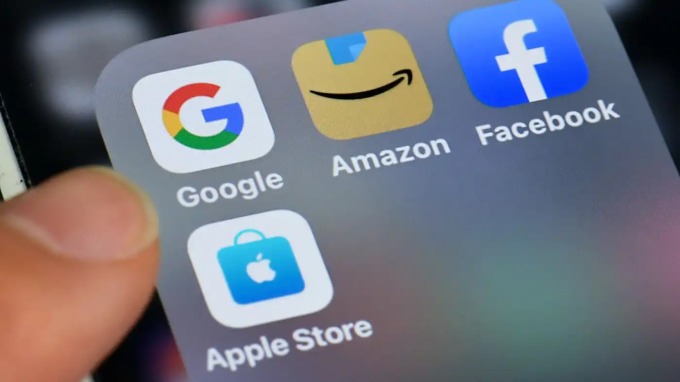 The GAFA group will be four of the 100 affected companies in the OECD's proposed digital tax. Photo: Nikkei.

Traditional corporate tax regulations target factories, stores, and other real-world holdings. But the digital economy now allows corporations to deliver services globally – and not necessarily through physical assets. This has led regulators to call for updated rules that are more in line with the new playing field.

In October 2020, the OECD published a proposal to set tax standards based on services such as online advertising and cloud services. However, participating countries said they would have difficulty determining which services are cloud.

The OECD is increasingly wary of digital taxing rules set by countries and regions such as India and the EU. Delaying an agreement on a common rule can create distances between countries.

The organization aims to reach an agreement by the middle of the year, perhaps as early as July, at a meeting between finance ministers and central bank governors from 20 industrial and emerging market countries. in Italy.