GSpare is an application developed by Huawei, the purpose of which is to create a virtual machine so that users of Huawei handsets can use the Play Store, Gmail, YouTube.

Instead of having to download and install the complex and unstable Google Services Framework, Huawei smartphone and tablet users can install GSpace in the App Gallery app store. Once installed and launched, GSpace will be like a virtual machine, allowing users to log in to the Play Store with their email and use all the applications familiar to Android users, such as YouTube, Gmail, Google Maps. From there, Huawei handset users will be able to use 3rd party applications that use Google Maps, such as Grab, GoJek. 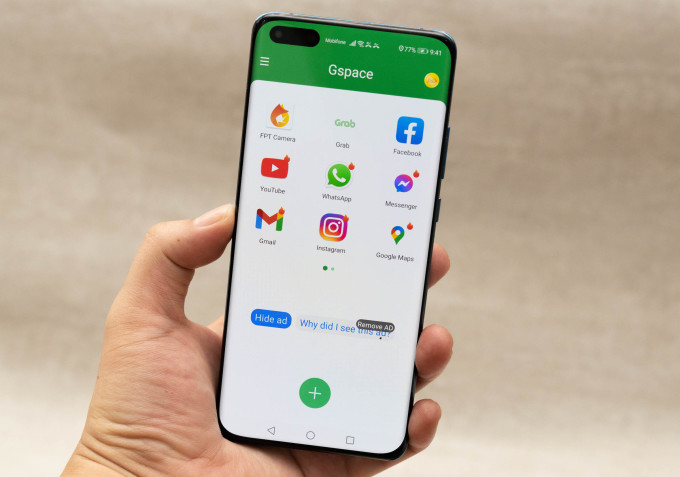 When registering to the Play Store in GSpace on a Huawei device, users will receive an email notifying them that they have signed in to their account from a different device than the one they are using. The reason is that the Gspace application turns your device into a virtual device to log in to Google Service. However, with payment applications, experts recommend using them directly from Huawei's app store.

Previously, to install apps from Google, Huawei smartphone users needed to install DualSpace, but this software is unstable and only suitable for certain versions of EMUI.

Currently, Huawei has suspended the smartphone business in Vietnam and focuses on tablets, laptops, and smart wearables.