Big Tech is cautious with the metaverse

Apple did not mention the metaverse during the WWDC 2022 event while Google and Microsoft are also being more timid about the virtual universe.

Contrary to community expectations about virtual reality devices or operating systems, Apple did not mention VR glasses or ARKit during the WWDC 2022 Worldwide Developers Conference on June 6.

Developer conferences have always been an important event for leading technology companies to encourage software developers to create applications that have the ability to attract billions of users to their platforms. At similar Google and Microsoft events, the metaverse keyword also appeared very faintly.

According to experts, it is likely that major technology companies think that it is too early to bring the metaverse to the masses. Or at least, they haven't found a suitable business model yet. Among Big Tech, Meta is the company that invests heavily in the virtual universe, but last month, CEO Mark Zuckerberg admitted that pursuing the metaverse cost them billions of dollars. Several Reality Labs projects under Meta were postponed, while others were cancelled. 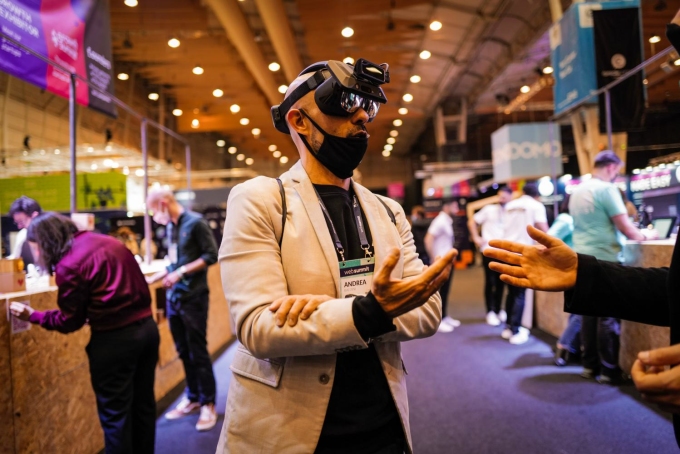 Another reason why big companies aren't investing massively in the metaverse is the lack of a VR headset that many people want to wear for a long time.

It's been a decade since Google announced the Glass smart glasses. It's also been eight years since Facebook acquired VR Oculus and seven years Microsoft introduced HoloLens - an AR device that looks like ski goggles. But no company has yet made a breakthrough in the virtual reality industry. VR devices are too bulky and cramped like the smartphone period before the iPhone appeared. The industry is still waiting for a device that will pave the way for the future of the virtual super universe.

Another reason why most Big Tech is cautious is that there is still no unified concept of this technology. VR may have become ubiquitous and conceivable around the world, but virtual universes are still something far away. It involves making digital information present in physical life or simulated environments, but all is still unclear.

According to the FT, in the process of technology, a little early or a little late is not good. A good product must launch at the right time, if developed too soon according to half-baked vision, technology can backfire. The lesson from Google when it introduced the Google Glass smart glasses in 2012 was clear. So far, everything is still standing still, wasting finance and resources but not helping the company get closer to the future of augmented reality. Similar to Meta, despite showing early determination in the metaverse, the company has yet to make a breakthrough after changing its company name. Even Meta's virtual universe model still confuses users when their avatars in VR are all hovering, without legs.

Many expectations are on Apple. Some rumors suggest that the company is conducting projects to be able to soon launch AR glasses by the end of this year.

Even though big tech companies are just exploring when entering the metaverse, that doesn't mean this market isn't without potential. Just one device is groundbreaking enough, can make a turning point, the race will become extremely fierce and users will directly benefit from that competition. However, no one knows exactly when the metaverse will really take shape and become popular.