Samsung shows off the imaging capabilities of the 200-megapixel sensor

In a video longer than a minute, Samsung uses the HP1 mounted on its own module to take a picture of a cat. The image is then printed on a canvas 28 meters wide, 22 meters high, but still gives high sharpness. The video now attracts more than 2.8 million views in one day.

"It was really exciting but also challenging, because for the first time we tried to use a smartphone image sensor to take super sharp images. I always wondered how big the image could be when printed at 200 megapixel resolution. ", said Minhyuk Lee, an engineer in the sensor solutions group at Samsung's System LSI Business division. 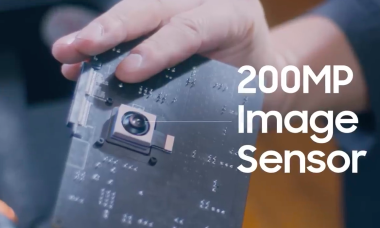 According to him, choosing a cat as a model is a risky decision, because it has difficult-to-focus elements such as fur, eyes, and nose, as well as constantly moving. "The subject has to be something that shows a high level of detail. This is also the challenge of contemporary mobile photography," he said.

Meanwhile, photographer Hyunjoong Kim in Korea was surprised by the photo Isocell HP1 took. "I couldn't believe my eyes when I saw the raw file image magnified to 100%. I was really surprised at the detail. At that time, I changed my previous prejudice about mobile photography," Kim said. said.

Isocell HP1, introduced by Samsung early September last year, is the first image sensor for smartphones with a resolution of 200 megapixels with the ability to combine 16 pixels for better light capture. Each pixel has a size of 0.64 μm.

Specifically, ChameleonCell technology allows to combine 4 or 16 pixels side by side into one large pixel. When 16 pixels are combined, the sensor becomes a 12.5-megapixel sensor, with each pixel size of 2.56 μm. This feature helps the sensor to capture better in low light conditions.

Isocell HP1 supports 8K video recording at 30 frames per second. The sensor can also combine 4 pixels into one to record 8K video with a full resolution of 7,680 x 4,320 pixels in low light.

It is expected that Isocell HP1 will be available first Motorola Edge 30 Ultra , codename Frontier next month. Samsung has not announced plans to bring this super sharp sensor to its products.